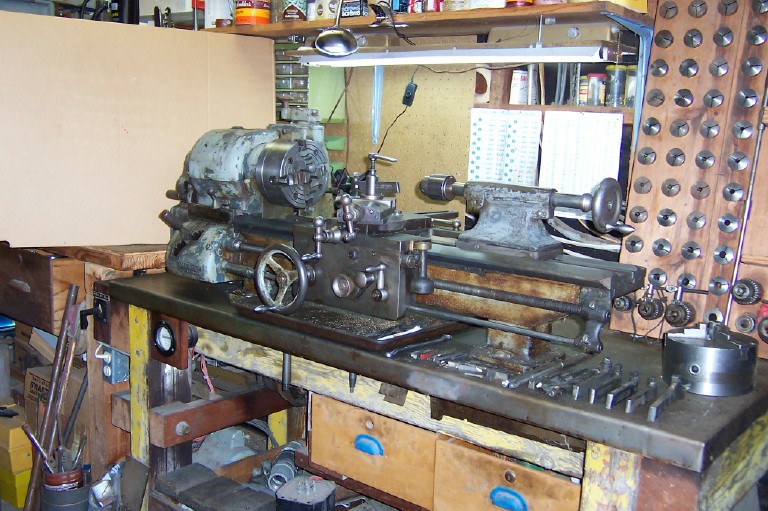 Rich bought S/N 370 from a surplus dealer in Rhode Island.  The lathe is a Navy machine, and when purchased was still in it's military crate indicating that it was shipped back to the United States from Asmara, Ethopia.  It came with many accessories, but was missing it's original bench and drive system. 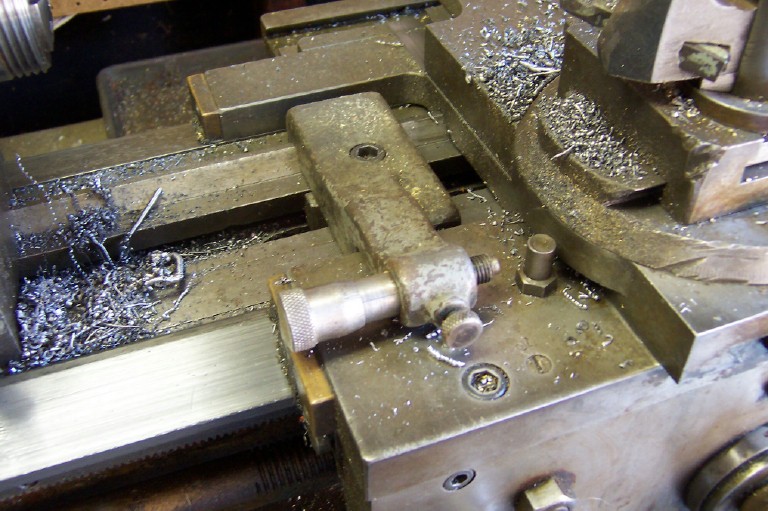 The micrometer stop is the older, more unusual style, not seen as often as the later type that rides on a rod below the feed shaft. 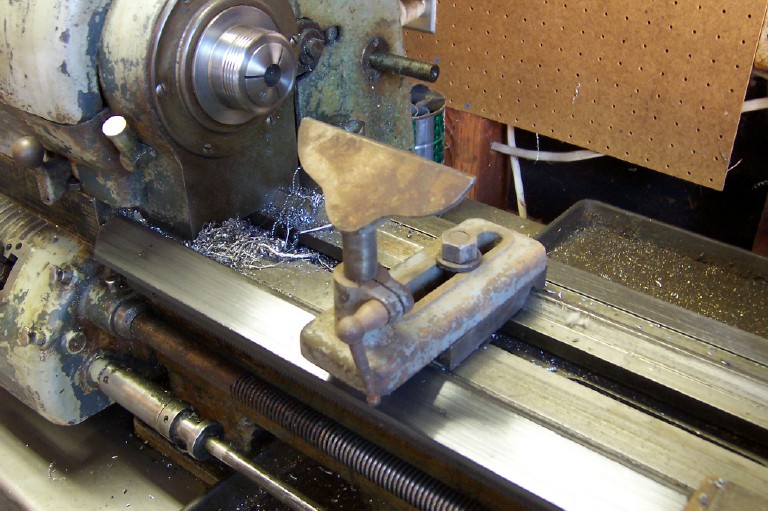 This hand-turning rest was also included with the lathe.  It appears that it could be original.  Most likely a rest from a Wade plain bench lathe was modified at the factory to fit an 8A. 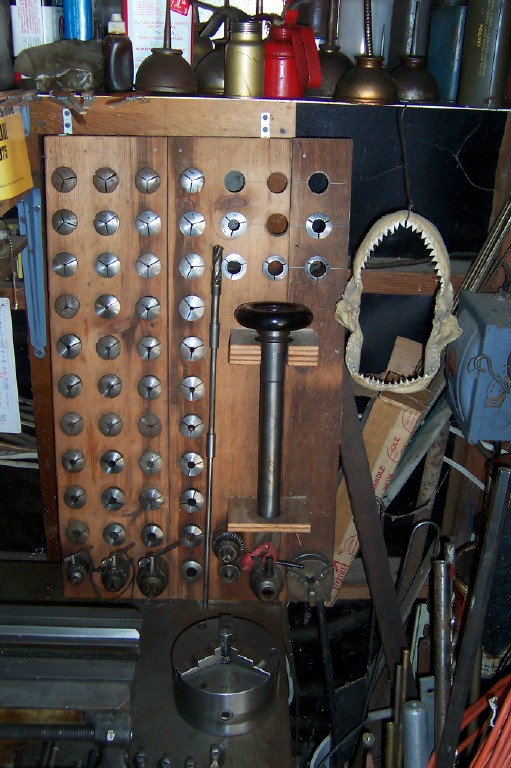 The late is very complete, with collets, taper attachment, steady and follow rests, micrometer carriage stop, and other factory accessories.