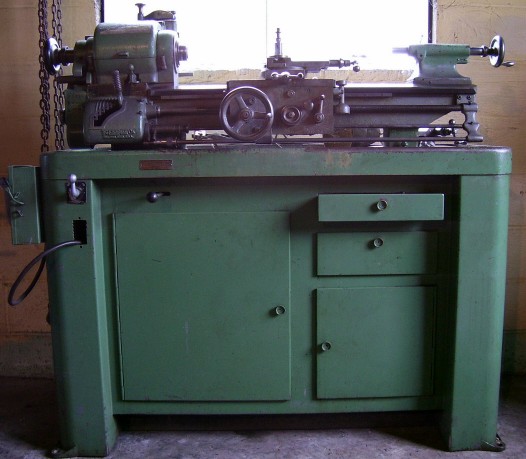 This lathe came from Trenton, New Jersey, where it was being used in the toolroom of a flashlight company.  It is equipped with the micrometer carriage stop which slides on it's own shaft underneath the feed shaft. 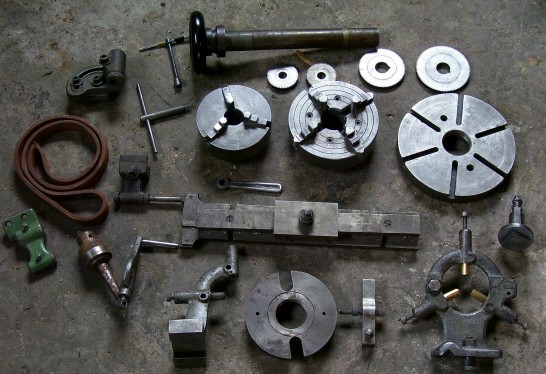 Most of the original tooling was included with this lathe, including some of the metric pick-off gears.  It was also equipped with a coolant system at the factory.  The "two hole" lead screw bracket, visible in the left of the photo, was laying in one of the drawers, supporting the idea that the micrometer carriage stop may have been an owner-installed option.