This lathe was originally bought by the US Navy and used in an instrument repair shop at  Mare Island, Vallejo, California.  It was bought by it's present owner at auction in 2002. 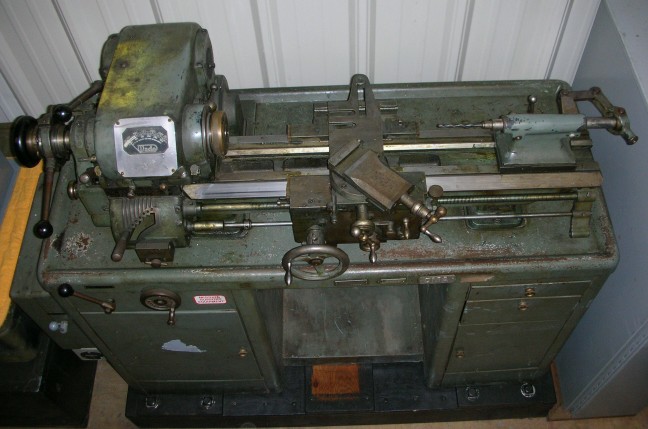 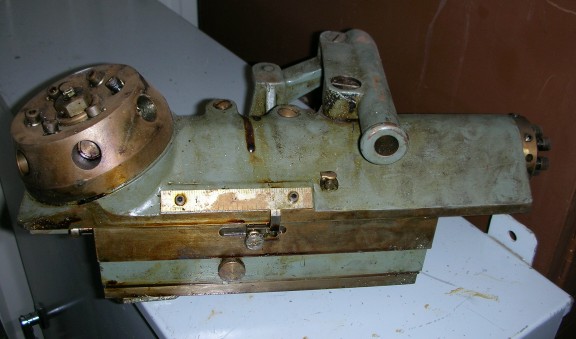 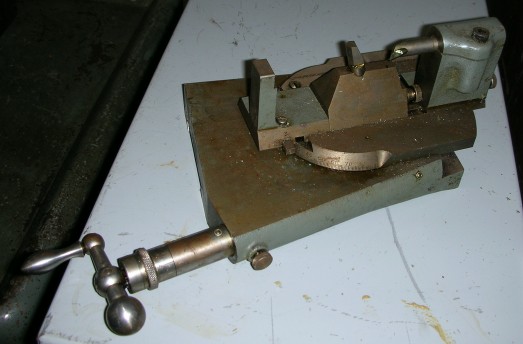 Two photos of a radius-turning attachment, which installs on the carriage in place of the cross slide. 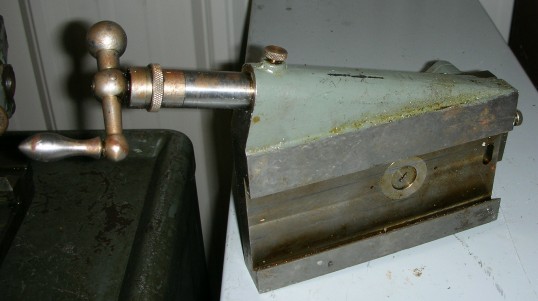